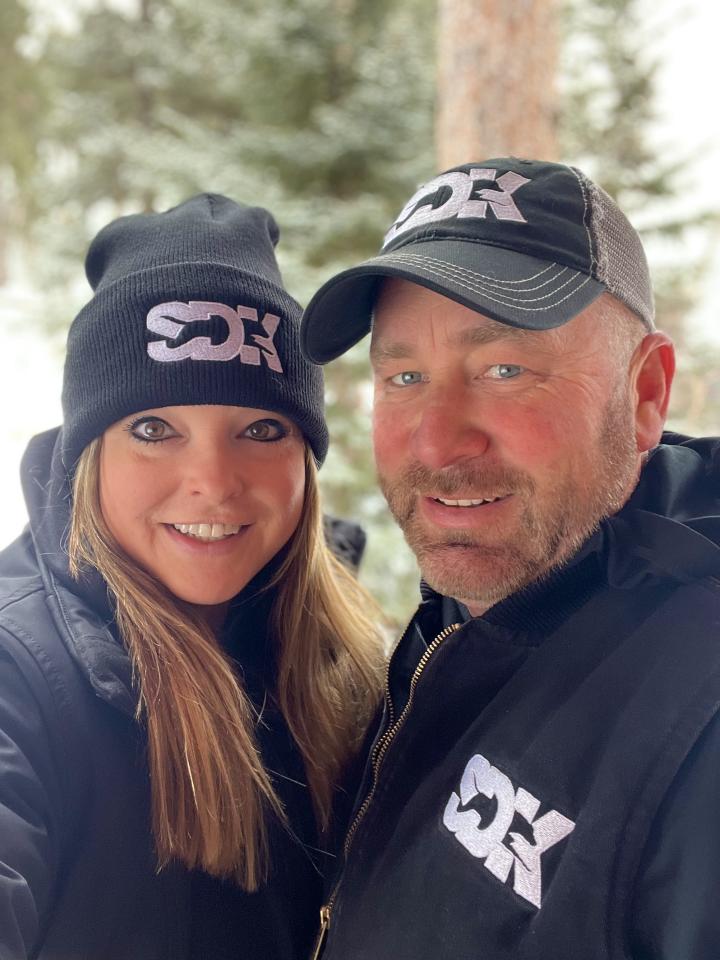 Co-founder and Owner, Teri Jo’s dream as a young child was to do something with animals when she grew up.  From being a veterinarian, animal care taker, pet store owner or an artist that drew animals.  As a Junior in High School she began attending college on campus at Worthington Community College.  She graduated from High School with a two-year AA degree on the Deans List.  That fall she transferred to Mankato State University and majored in Business.  In 1999 at just 20 years old she graduated cum laude with a Bachelors in Business Management; Human Resources and a minor in Business Administration.  Shortly after she moved to Sioux Falls and began a career in finance becoming a licensed Series 7 and 66 Financial Advisor.  Wanting to meet people with a shared interested, in 2002 she joined the local Dakota HRC Club and started training and competing in HRC Hunt Tests.  Quickly becoming addicted to the dog world, she found even more venues and was on the road every weekend for years competing in HRC hunt tests, AKC hunt tests, Rally Trials, Obedience Trials, Upland Tests, and Dock Diving.  After almost seven years of helping people build and protect their financial portfolios, her hobby started transforming to a backyard business.   In 2007 she followed her heart and began building what is known today as SDK.  She worked both businesses until letting go of her finance career in 2009 to realize her dream.

Hunting and dogs have been a big part of co-founder and Owner Shane’s life since he was a young boy.  When he was 16 he trained his first hunting dog.  Training dogs got in his blood and never left.  After High School Shane enlisted in the US Air Force, and served four years of active duty.   In 1992 he got a dog and started training and competing in HRC Hunt Tests.  Since then he has trained 100’s of hunting and hunt tests dogs, titling dozens of Hunting Retriever Champions and several Grand Hunting Retriever Champions.  Shane retired from professional retriever training in the Fall of 2018 and now is laser focused on his personal dogs  running Licensed Field Trials.  Most recently he was one of 15 finalists at the 2021 National Derby Championship and he is qualified for the 2022 National Amateur Retriever Championship.

Shane and Teri Jo’s mutual training passion, love for the outdoors and hunt tests led them to cross paths.  Especially having labs the same age SMOKES and KOTA.  Hence the name “Smoken Dakota Kennels”.  Today their critter pack consists of 9 dogs, 2 cats and 1 raccoon.  SDK is proof of what a dream combined with passion and determination looks like.